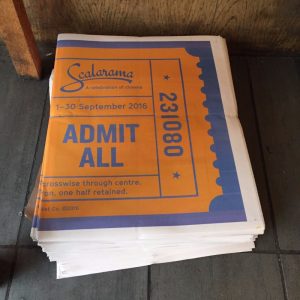 Tomorrow (Weds) we are screening one of our faves - it's HAIRSPRAY **the original** with our pals @unitytheatre from 7.30pm. We'll be giving away @Scalarama treats, posters + Odorama card for the best hair hoppers! 💇💈 Buy tix now! https://www.unitytheatreliverpool.co.uk/whats-on/hairspray-1988-film-screening/

We've got a Blu-ray copy of David Lynch’s LOST HIGHWAY to giveaway courtesy of @UKCriterion.

To enter, email: hello@princecharlescinema.com & tell us

What is your favourite David Lynch film?

Winner must collect from cinema within 6 weeks

Following repair work & some new coats of paint, it’s wonderful to see the ceiling of our auditorium – which was hidden in plain sight for so long – suddenly spring to life! 🪜🎨 ✨