“The Scala had magic. It was like joining a club – a very secret club, like a biker gang or something … they could show films uncut because they had memberships, well that’s insane! It’s like they were a country club for criminals and lunatics and people that were high … which is a good way to see movies.”

Once there was a cinema that became a legend… the Scala Cinema.

Famous for its iconic venue in London’s Kings Cross, the cinema was founded in 1978 on Tottenham Street and modelled on American style ‘repertory houses’ showing classic films, often in double bills. It moved to a former cinema (and Primatarium!) in King’s Cross in 1981 where its reputation grew. Known for its illustrated foyers, its cats (Warren, Roy and Huston), its all night film marathons and its dynamic monthly programme design, the cinema became a film school for many budding filmmakers, including Christopher Nolan, Tilda Swinton, Peter Strickland and James Marsh.

The cinema eventually closed in 1993, affected by raising rents, a leaky roof, the rise of VHS and mechanical citrus fruits, but the legend never died… and it was in 2011, that London film clubs and venues decided to raise a glass to the Scala, commemorating it with a tribute season called Scala Forever. The tribute became an annual event, and now here we are – Scalarama! 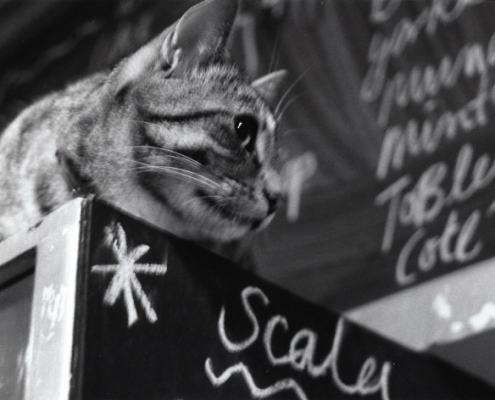 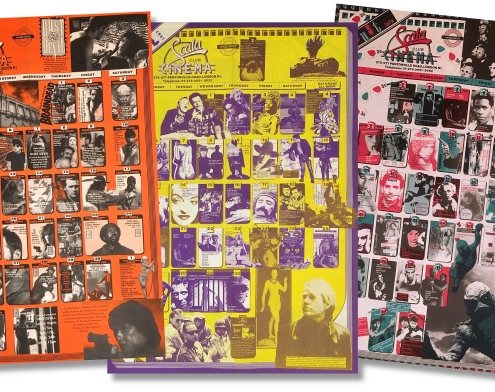 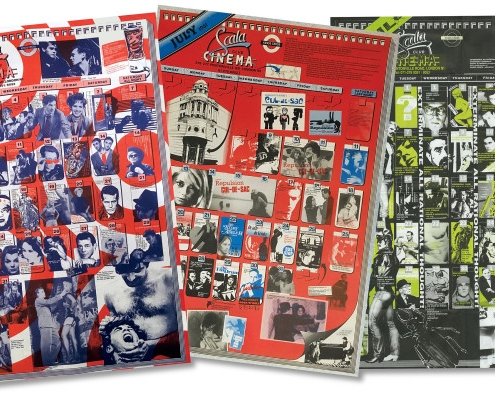 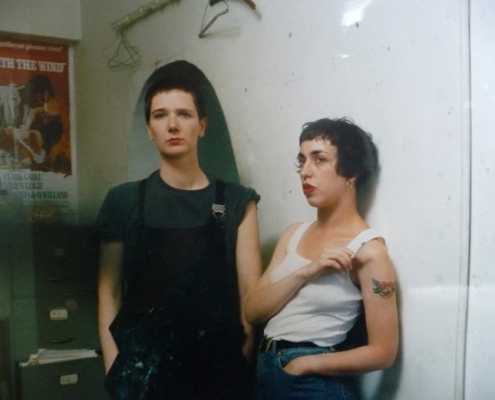 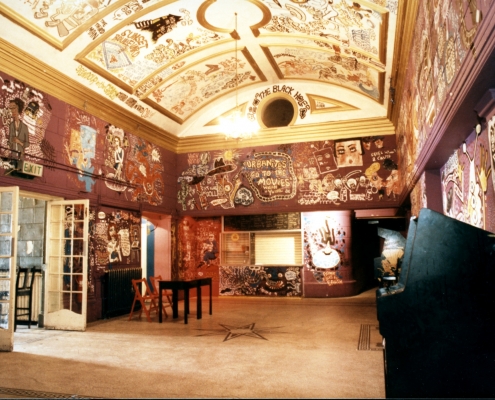 2018 marked a double anniversary being 40 years since the Scala Cinema opened on Tottenham Street and 25 years since the King’s Cross cinema closed, so it felt right to celebrate the inspiration behind Scalarama once more.

Jane Giles, former manager and programmer of the Scala, worked tirelessly with FAB Press to create a brand new book that features every single Scala programme from 1978 – 1993, with a full index of films, history of the Scala and London’s cultural scene, and plenty of photos and anecdotes about the time. Check out the video below for more details on the book. You can order a copy here.

For Scalarama, we are encouraging everyone to delve into the history of the Scala (see here, here and here for articles about it) and put on your own tribute, inspired by their programming (see a taster of their programming on Letterboxd), their rebellious energy, their cats or whatever you like. We encourage double bills or even all-nighters. Films don’t have to be from the Scala time, anything post-1993 that has the Scala spirit (or would have been something they’d show) is all good too!

The Sound of Scala

And for a sound of the Scala, why not listen to this mega mix from Mark Moore, pulling together a real plethora of soundtracks to help reminisce on the glory days of the Scala.

Tomorrow (Weds) we are screening one of our faves - it's HAIRSPRAY **the original** with our pals @unitytheatre from 7.30pm. We'll be giving away @Scalarama treats, posters + Odorama card for the best hair hoppers! 💇💈 Buy tix now! https://www.unitytheatreliverpool.co.uk/whats-on/hairspray-1988-film-screening/

We've got a Blu-ray copy of David Lynch’s LOST HIGHWAY to giveaway courtesy of @UKCriterion.

To enter, email: hello@princecharlescinema.com & tell us

What is your favourite David Lynch film?

Winner must collect from cinema within 6 weeks

Following repair work & some new coats of paint, it’s wonderful to see the ceiling of our auditorium – which was hidden in plain sight for so long – suddenly spring to life! 🪜🎨 ✨