I Want to be a Cinema

⇐ ABOUT – GET INVOLVED – I WANT TO BE A CINEMA – SHARED PROGRAMME

All the tips and hints you need to become a cinema!

If you’ve always dreamed of owning a cinema or fancy your hand at showing films to others – but don’t know where to start – you’ve come to the right place. With vast leaps in technology, cinema is as accessible as ever – but there are still many things to consider before you start warming up your projector!

Here are some handy links to start you in the right direction! 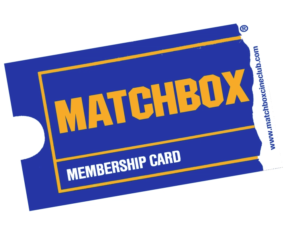 Matchbox Cineclub, the brains behind Scalarama Glasgow, have put together some excellent user friendly guides to starting up your own film events:

A Basic Guide to Licences for Film Screenings

A Basic Guide to Social Media for Film Screenings

Chomping at the bit to

start? For guides and information on setting up a film club / cinema, check out the resources from the awesome Independent Cinema Office and the brilliant Cinema For All (formerly known as the British Federation of Film Societies) – two organisations who fully support film initiatives across the UK.

The British Film Institute (BFI) have created a network for film exhibitors across the UK, entitled Film Audience Network. Operating in 8 regions nationwide and managed by a Hub Lead Organisation, it is worth checking out their websites to see what they can do to support. If you already showing films, membership to the Network is free, so you having nothing to lose, and advice and potential funding to gain!

Once you have selected your films, below are a few useful links for tracking down the screening rights. Generally if you’re screening from 35mm (celluloid film – like how it used to be!) or DCP (Digital Cinema Package – a newer format used for digital projectors) in a traditional cinema environment then you’ll need theatrical rights but if you are screening from Blu-Ray or DVD then it’s non-theatrical (even if you are screening in a cinema). It is always best to check with the venue to see if they can help you organise the rights.

To find the distributor, the British Board of Film Classification (BBFC) site is useful if it is a recent release. It might also help to Google ‘<the title of the film> + BBFC’ to go direct to the correct page. For the distributor name, check rows labelled FILM (rather than VIDEO – as this will be the home entertainment distributor who might be different).

DVD/Blu-ray Non-Theatrical Bookings
These are some of the most used ones (you’ll need to have accounts set up to order from the below), pretty much everything else is on the ICO directory
Cinema For All also operates their own booking scheme.

Theatrical Bookings
It is often best to get the programmer at the cinema you’re using to contact the distributors, otherwise a full list is here.

Archives
A guide to programming Archive Film with lots of links to archives here plus check out Film London’s Made in London resources. Focal also has a lot of information.

If a film hasn’t had a theatrical or DVD release in the UK, see if the film has a website/social media links where you can get in touch with the makers direct to ask about screening the films – if you can’t find a website/social media link, it might be worth Googling and seeing if the film has been shown at a film festival and getting in touch with the festival programmers to see if they have a contact for the filmmakers.

Premises License
If your venue already show films or often has entertainment, it should hold a valid premises license – check with the venue manager that this does include the ability to hold film screenings. If they don’t have a valid premises license, or if they need to add film screenings to it, you will need a Temporary Events Notice. However, the premises licence law has recently changed meaning that if you are holding a not-for-profit screening at a community venue (hall, community centre, church, etc), you do not need to have a license. Cinema For All’s website has more details about the recent change. ICO also covers this in detail.

Equipment and Tech
Before booking your film, check with the venue what equipment they have and what format they prefer films to be on.
For projector hire and screens, QED Productions are excellent for large-scale events.
Cinema For All offers Equipment hire in partnership with Film Hub Wales, Film Hub South East, Flatpack Projects, In-Situ and Glasgow Women’s Library. Equipment hire is free to full members for an initial test screening and after that £25 per screening for members and £40 per screening for non-members. Hire for non-volunteer led groups or commercial groups is £65.

Accessibility
Before publicising your event, it’s worth considering how accessible the venue is in terms of location and provision for disabled audiences. Disabled Go and artsline provide information on a few venues. Your Local Cinema collects listings of subtitled screenings for audiences with hearing loss.

Here are some links to help with marketing and promotion:

ScreeningFilm.com is a great tool for listing your film event and getting it noticed on the map, plus it’s free to use.

Sydney Fringe Festival has a useful resource pack on press and promotion, mostly aimed at theatre/cabaret performances but lots of useful tips in there as well especially around writing a press release and promotions.

For audience research, Google Analytics and Piwik offer great insights into visitors on your website, seeing where they have come from and what pages they spend longest on. And once you’ve collected email addresses, why not send out a survey for feedback via Google Forms, or Survey Monkey.

A great infographic about using images – specifically for trailers, but useful for all visual marketing materials.

Screen Slate – New York based cinephile who logs every classic film screening in the city. Sign up here.

First off – consider becoming a member of your local Film Hub as part of the Film Audience Network. It’s free and easy to join for film exhibitors and gives you access to all Film Hub funding and support. In addition to various funds for exhibition, they also offer bursaries to attend training covering up to 70% of the costs.

Nationally, there is also the BFI Audience Fund which is generally for larger projects, but might be worth investigating if you are planning nationwide events or partnerships.

Crowdfunding is also an option for fundraising, if you want to check out this route, main sites include Kickstarter, Indie Go Go and Sponsume.

You can check out the Scalarama Kickstarter campaign we did back in 2013 here, and the Sheffield Doc/Fest page here.

… but last (but not least) you should aim to be screening films for the love of it! Having volunteers on board is a great way to get help, but make sure you treat them well. Here’s some guidelines on volunteering and Film Hub South West have created some outstanding Volunteer Resources for film organisations.

Further afield Kino Climates network of micro-cinemas across Europe are often small, volunteer driven spaces. Spectacle in Brooklyn have great programming. The French Tour des Cinemas team have many resources on cinemas of the future.

And if you want to go read a bit deeper into community and alternative cinema and case studies, we recommended the Bigger Picture resource site.

And of course, be inspired by Scalarama! In 2018, Meet the Exhibitors shone a spotlight on the various organisations and people involved, whilst in 2013, we asked exhibitors to make a declaration for cinema – here they are and check out the whole site for more tips, ideas and inspirations. Keep in touch via hello@scalarama.com and follow this year’s event on Twitter @Scalarama.

Good luck with your cinematic adventures!
Scroll to top
Accessibility by WAH