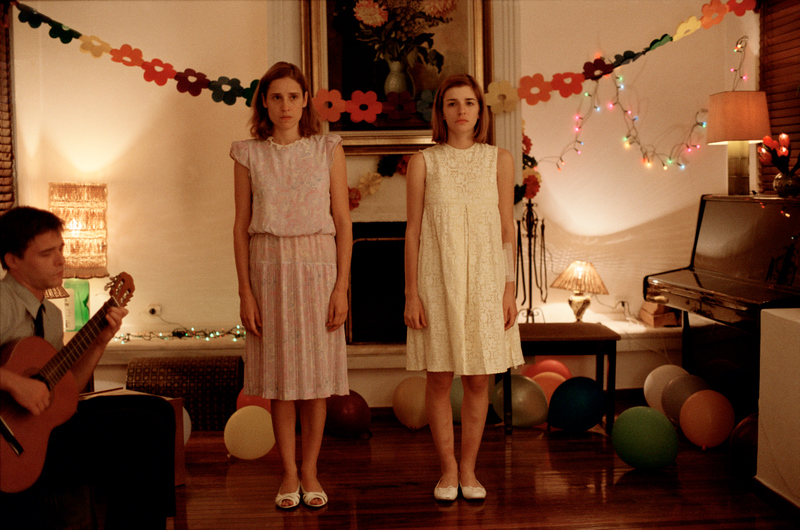 ISO are digital media and software studio. We design, direct and build large-scale interactive and immersive media projects, specialising in cultural projects for Museums and Galleries. We are lucky enough to have an events space and screening room in the basement of our studio and have recently began curating a programme workshops, talks, exhibitions and film screenings.

Our screening for Scalarama came off the back of my desire to screen a film made by a woman, Mustang being one of my favourite films from recent years. I wanted to do a double bill, so was looking initially for an accompanying film also made by female director. But I thought it might be more interesting to screen a film similar thematically, but made from a different perspective. Which is where Dogtooth came in. Both films are essentially about parents who imprison their children, but one comes from a Turkish/French female director, the other a male director from Greece. Mustang is a sincere, naturalistic, and emotional drama. Dogtooth is a surreal, satirical, horror inflected black comedy, almost clinical in its execution (a style Yorgos Lathimos fans will be familiar with). Both films portray disturbing familial dysfunction and sexual repression in strikingly different ways.

This is my first year participating in Scalarama and I’m really excited about it. There’s such a community feel to the whole thing. It’s inclusive and supportive and really enthusiastic about all the events taking place. There are no limits to what can be screened which makes it such an exciting festival to be part of, it feels quite rebellious in a way. It’s so important to have diverse programming which reflects a wide variety of identities and perspectives, and Scalarama does just that. It’s a thrill to be able to see lesser known, more obscure films on a big screen with like minded folk. On a personal level, the festival has given me the chance to express myself creatively through programming, and has encouraged me to think about film differently, which is great. And it has opened my mind to all kinds of film clubs and community cinemas in Glasgow, which is amazing!

Double bills are an excellent way to encourage a different kind of exploration of film. Mustang and Dogtooth are both fantastic individually, and I think screening them together will open people up to compare and contrast them in a new way. Both tell stories of patriarchal oppression and forbidden sexual expression, so it is interesting to see how this is explored from different perspectives both in terms of gender and cultural background. They are also both just excellent films in their own right, and you can buy tickets for each screening individually if the double bill’s not up your street!

I’m really looking forward to both Girlhood (She’s en Scene) and Forgotten Silver (Southern Exposure) which are also being screened at ISO. As a horror fan I’m hoping to catch The Descent and They Live (Burnt Church Film Club). The documentary Black Sun (Close Up Cineclub) looks really intriguing.

Keep your eyes peeled for more films at ISO and if you’re interested in using the space for a screening or event of your own give me a bell!

Thank you to @LeedsCommFound for supporting the @Scalarama team in Leeds to carry on.

Thanks to @ALittleOutlook, @AndrewM_Arts and Alison Smith for joining us last Sunday to discuss accessibility for D/deaf and disabled audiences!

Recording of the session, transcript + minutes are now online: http://matchboxcineclub.com/2020/07/26/scalarama-2020-accessibility/

What you doing Sunday 2pm? Please join @ScalaGlasgow for their next roundtable on making online events accessible + key things to consider when returning to venues w. @peskypeople + @ALittleOutlook. DO NOT MISS IT!! Deets: https://www.facebook.com/events/761437671293010/