2017 is the 60th Anniversary of the birth of Hammer Horror and Studiocanal have chosen 19th September as Hammer Day given that it would have been the birthday of producer/screenwriter Anthony Hinds who was very instrumental in all their horror films… so you know what time it is… it’s Hammer Time!

Formats available on: DCP, Blu-ray
When available to screen from: 1st September 2017

Why should you book these films: Brand new restorations, 2017 is the 60th Anniversary of the birth of Hammer Horror, September 19th is Hammer Day. Studiocanal will be able to support with social media posts, posters, postcards, press as part of their DVD/Blu-ray campaign for the 8 new restorations 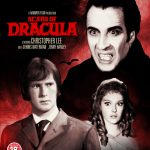 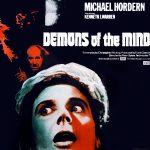 Demons of the Mind

A physician discovers that two children are being kept virtually imprisoned in their house by their father. He investigates, and discovers a web of sex, incest and satanic possession. 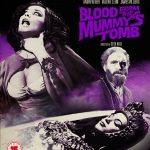 Blood from the Mummy’s Tomb

A British expedition team in Egypt discovers the ancient sealed tomb of the evil Queen Tera. But when one of the archaeologists steals a mysterious ring from the corpse’s severed hand, he unleashes a relentless curse upon his beautiful daughter. Is the voluptuous young woman now a reincarnation of the diabolical sorceress or has the curse of the mummy returned to reveal its horrific revenge? 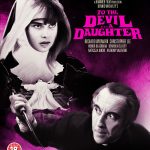 To The Devil A Daughter

A man asks an occult novelist (Richard Widmark) to save his daughter from a priest (Christopher Lee) who has teamed up with Satan. 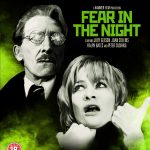 Fear In The Night

A young woman recovering from a nervous breakdown moves with her husband to a boys’ school, and finds herself being terrorized by a mysterious one-armed man, but nobody believes her. 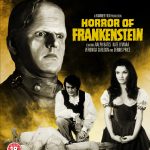 Young Victor Frankenstein returns from medical school with a depraved taste for beautiful women and fiendish experiments. But when the doctor runs out of fresh body parts for his ‘research,’ he turns to murder to complete his gruesome new creation. Now, his monster has unleashed its own ghastly killing spree and the true Horror Of Frankenstein has only just begun… 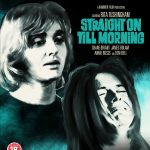 Straight On Until Morning

A homely young woman (Rita Tushingham) moves to London and becomes beautiful for her lover (Shane Briant), who hates beauty. 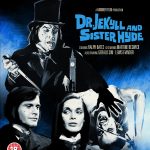 Professor Jekyll, an earnest scientist, obsessively works day and night haunted by the fear that one lifetime will not be enough to complete his research; sidetracked from his objective he becomes consumed with developing an immortality serum. Once convinced his findings are complete, he consumes the potion only to discover that he is to become two as he turns into half Jekyll and half Hyde. Desperate to cover up his new found identity he calls her his sister, but things take a turn for the worse when he realises that he needs female hormones if he is to maintain his existence. Before long he is battling with his alter ego Mrs Hyde, as a number of young girls begin to go missing in the streets of London… 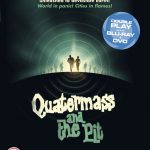 Quatermass and the Pit

During excavations in a London Underground station, a large unidentified object is uncovered. Nobody knows what it is, but the area has always been associated with diabolical evil, so the army cordon off the site and call in Professor Quatermass (Andrew Keir) to find out. Quatermass discovers the remains of intelligent alien creatures that had attempted to conquer Earth in prehistoric times and, through their experiences with early man, altered human evolution to its present state. Though dormant for many centuries, the power supply from the excavations is being drained by the alien ship until its terrifying force can once more be unleashed and the creatures can reinstate their dominance over man! 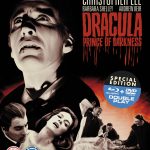 Four English tourists find themselves stranded in the mysterious village of Karlsbad, a sinister and remote place of deadly, dark legend. Their journey leads them to an abandoned castle where a nightmarish destiny awaits them. However, it wasn’t just fate that brought them here, but an evil force in need of resurrection, a blood craving beast known only as Count Dracula, Prince Of Darkness. Released in 1966 this is Christopher Lee’s second outing as Dracula, with Hammer Films pushing the cinematic boundaries of graphic gore and terror. 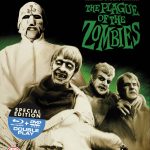 Plague of the Zombies

Young workers are dying because of a mysterious epidemic in a little village in Cornwall. Doctor Thompson is helpless and asks professor James Forbes for help. 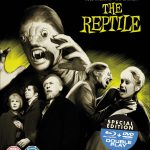 Harry Spalding and his wife Valerie inherit a cottage in a small country village after his brother mysteriously dies. 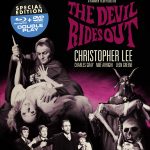 The Devil Rides Out

The Duc de Richleau (Christopher Lee) is concerned by the disappearance of his young friend Simon (Patrick Mower) from the social scene. Accompanied by former army colleague Rex (Leon Greene), de Richleau discovers that Simon has joined a group of Devil worshippers, led by the evil Mocata (Charles Gray). Through de Richleau’s attempts to wrest Simon from Mocata’s influence, Rex becomes romantically involved with Tanith, another member of the cult. 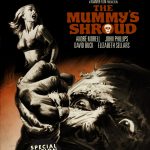 Archaeologists discover the final resting place of a boy king, removing the remains to be exhibited in a museum. By disturbing the sarcophagus they unleash the forces of darkness. The Mummy has returned to discharge a violent retribution on the defilers as the curse that surrounds the tomb begins to come true. One by one the explorers are murdered until one of them discovers the ancient words that have the power to reduce the brutal killer to particles of dust. 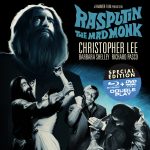 In early 20th century Tsarist Russia, Rasputin (Christopher Lee), a wild-eyed peasant monk, mysteriously demonstrates his healing powers by saving a woman’s life and asking only for wine and Bacchanalian celebration in return. Soon Rasputin uses his evil charm to become increasingly manipulative and violent. Ferocious, devious, sensuous and other-worldly, this uncouth peasant ingratiates himself into the lives of the sophisticated royal class… 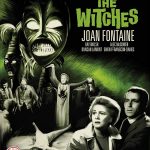 Following a nervous breakdown, Gwen Mayfield takes up the job of head teacher in the small village of Haddaby. There she can benefit from the tranquillity and peace, enabling her to recover fully. But under the facade of idyllic country life she slowly unearths the frightening reality of village life in which the inhabitants are followers of a menacing satanic cult with the power to inflict indiscriminate evil and death if crossed.