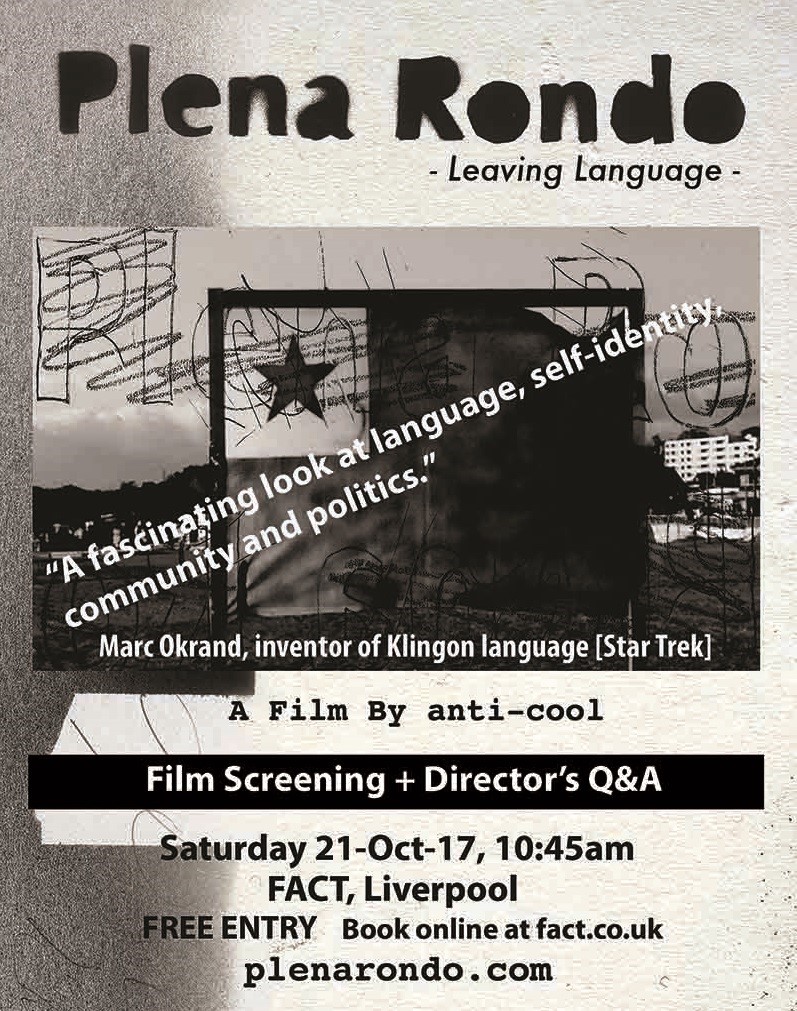 (Dir: anti-cool)
Plena Rondo follows a Japanese performance artist on a sixty-day experiment to master the world’s easiest and most egalitarian language, Esperanto, using only free learning tools. Subsequently the experiment takes us on a journey from Japan to Buenos Aires on an exploration of the political, philosophical and personal beliefs of many of the people at the heart of this social/linguistic movement.
On this journey we discover how English becomes the international language and the process of how languages die out. The film leaves us with many questions regards the place and power of language in a globalised yet increasingly unequal world.Japan, UK / 2016 / 72 mins / Documentary / Subtitled

anti-cool is an interdisciplinary artist based in Liverpool, originally from Japan, working in the field of performance art. Plena Rondo is her debut documentary film.

This screening is part of Global Screening Day. Multipule screenings will be held across the world on this day.