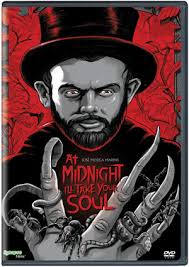 The first selection is Brazil’s first horror film- At Midnight I’ll Take Your Soul (1964) – which features the first appearance of Coffin Joe (José Mojica Marins) of the Coffin Joe Trilogy. A wicked undertaker whose wife cannot bear children, Joe, conspires to impregnate Terezinha (Magda Mei) in her stead. When several people in the small town are found murdered, Dr. Rodolfo suspects Joe’s involvement. A gypsy warns Joe of tragedy, but he dismisses her as a fraud — only to discover that revenge may live beyond the grave.

The film will be introduced by Dr Anthony Killick and we’d love to hear your thoughts after screening in an informal discussion.

7pm // Upstairs at The Caledonia pub

The Tooth & Claw: Night of the Living Dead