Femmetopia Festival: Behind the Scenes at the Sodom Odeon: An Afternoon with Jane Giles 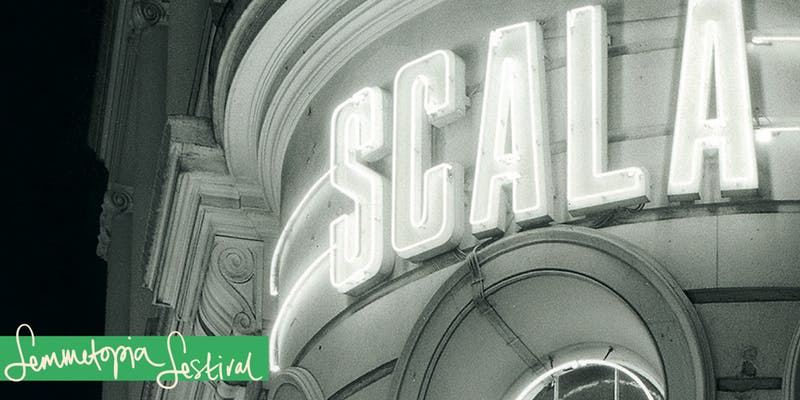 ‘The Scala had magic. It was like joining a very secret club, like a biker gang or something… They could show films uncut because they had memberships, well that’s insane! It’s like they were a country club for criminals and lunatics and people that were high… Which is a good way to see movies’ – John Waters

Or, the story of how a film-loving girl from a small town in Sussex became programmer of the UK’s queerest cinema, the notorious and influential Scala in King’s Cross. Drawing on photographs from her forthcoming book about the history of the Scala cinema from 1978-1993, Jane Giles will talk about the wild life and times of this legendary venue and the diverse audience tribes who made it their own.

Jane Giles was the provocative programmer of the Scala, the legendary cinema that banned Shane McGowan for his exploits during an All-Nighter, fought the ‘Video Nasties’ bill and was prosecuted for showing A Clockwork Orange. Alongside witnesses and associates, Jane reveals the highs, lows, thrills and spills of this notorious and influential rep cinema in a discussion that looks at how art can take on the law, all for the most perverse causes.

Scalarama Glasgow: How To Run A Film Festival