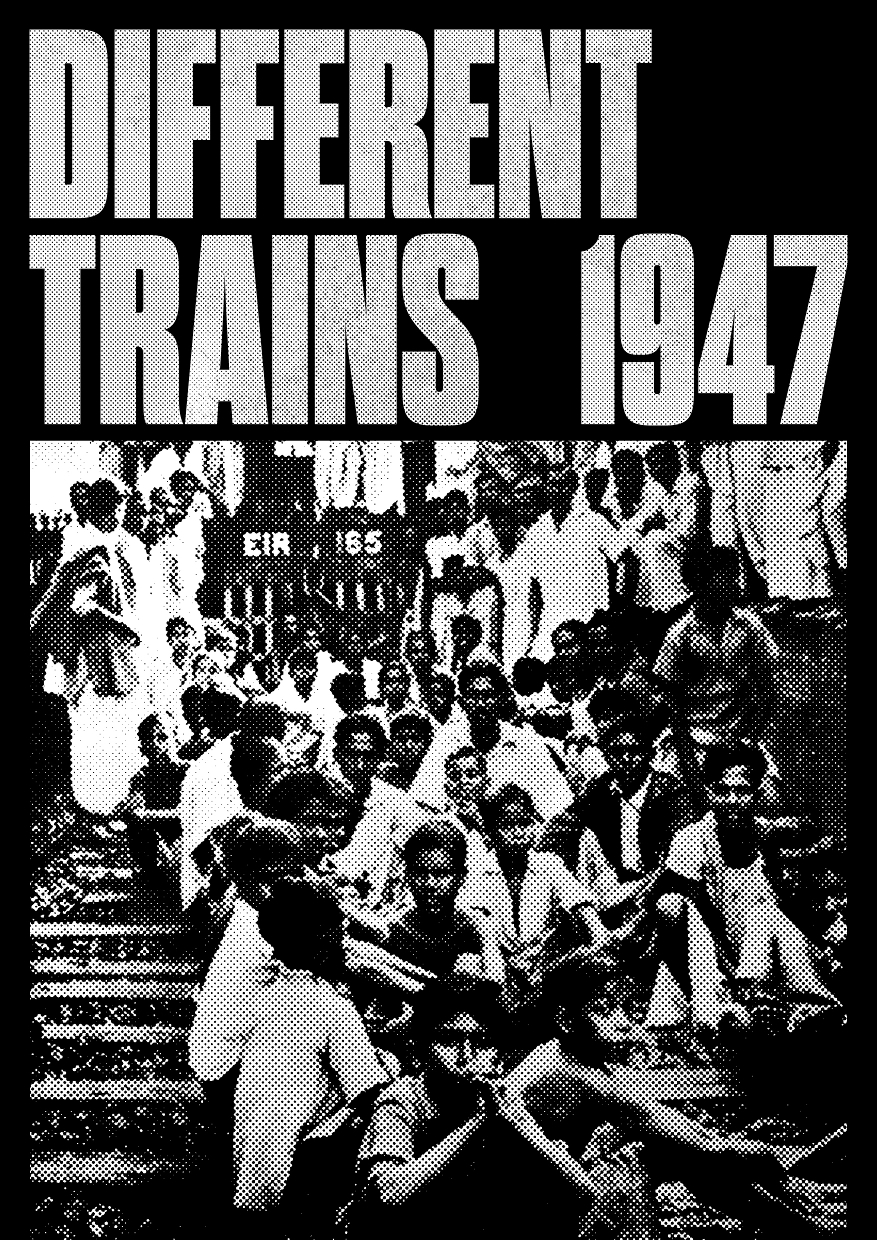 In September 2016, Steve Reich performed #DifferentTrains in front of a sold out crowd at Edge Hill Station. Boiler Room were there on this special evening to capture this event and we’re delighted, for the first time, to share their film of Steve Reich‘s performance with the London Contemporary Orchestra.

Almost a year on from this, on 27th September 2017, we return to the same place witDifferent Trains 1947

Join us for this very special event. We’ve brought together a whole host of visionary British and Indian artists who will be premiering an audiovisual composition inspired by Steve Reich‘s masterpiece.