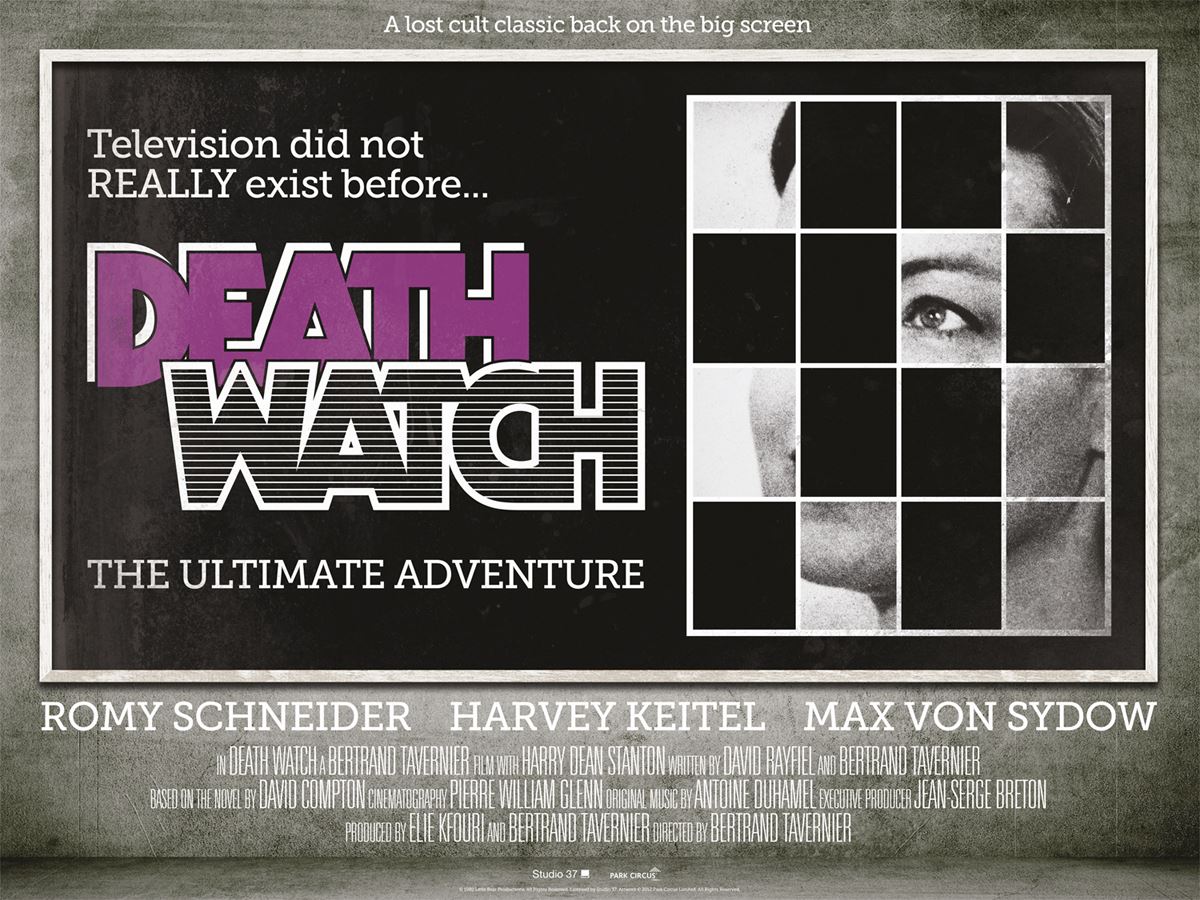 Death Watch (1980) follows the story of Katherine Mortenhue (Romy Schneider) who gets famous for having an incurable disease in a future where death from illness has become extremely unusual. Journalist Roddy (Harvey Keitel) has a camera implanted in his eye which transmits what he sees so it can be relayed back to the television company NTV who wants to document Katherine’s deterioration in a Reality TV show cialis prodej. Katherine, after being offered a large sum of money if she allows her last days to be filmed, goes on the run with the assistance of Roddy. Much of the filming took place in and around Glasgow, including Glasgow Necropolis, Glasgow Cathedral, the former Queen’s Dock on the River Clyde, and the Glasgow City Chambers. A dark, sobering piece from Bertrand Tavernier, Death Watch explores the sinister lengths a morally bankrupt TV production company will go to. Akin to Sidney Lumet’s Network, Death Watch is a film that, as the years pass, only grows more and more unsettling with its stark, harsh message on a society in disrepair. Where death and decay is readily celebrated with ratings from a soulless production company, Death Watch questions the very essence of what human compassion is.