Cowards Bend The Knee with Live Score by Ela Orleans 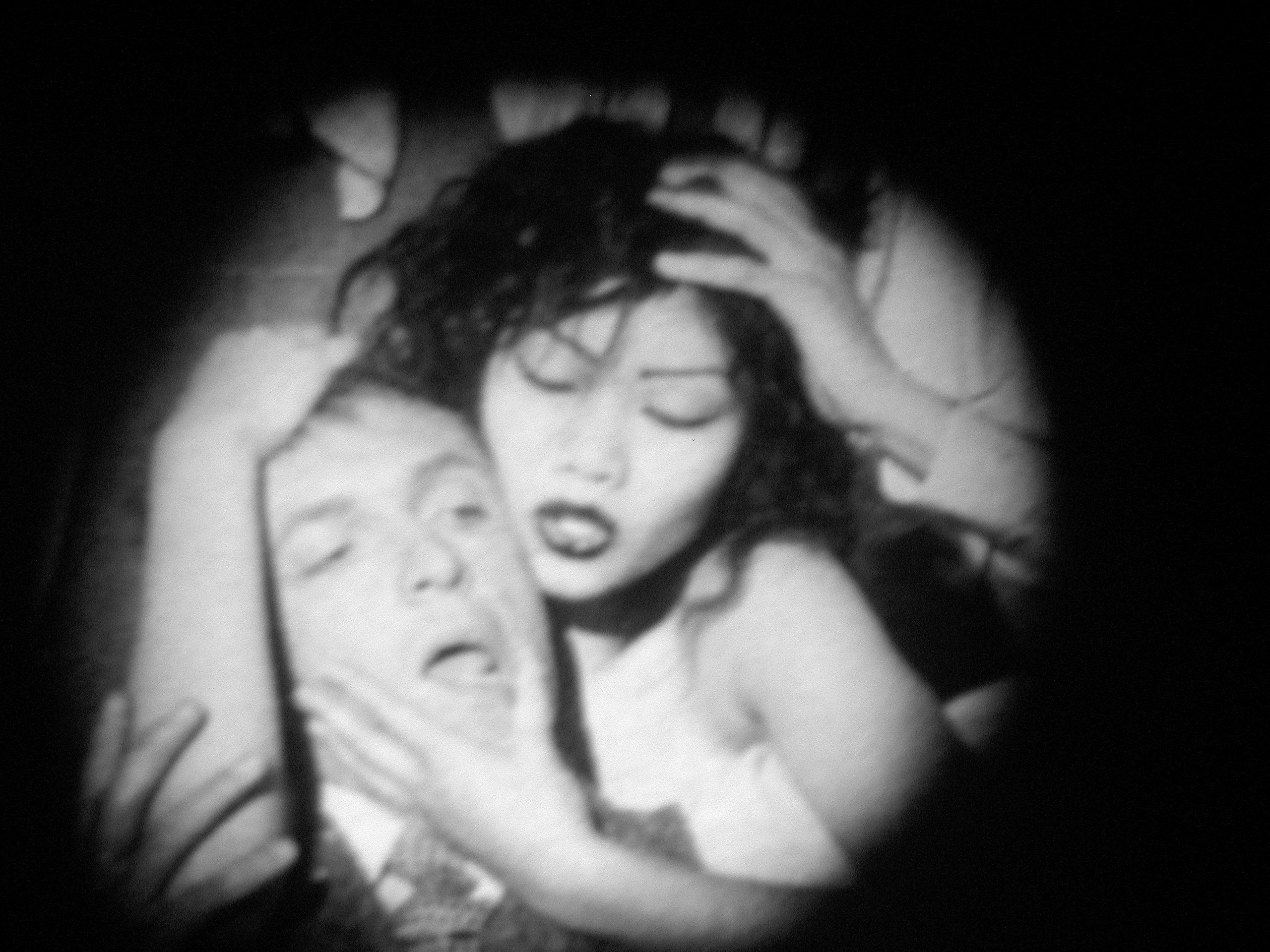 Guy Maddin is one of the most distinctive and idiosyncratic directors currently working. The Canadian auteur has mined and subverted the imagery and style of late silent and early sound cinema in such films as The Forbidden Room and The Saddest Music In The World to disorientating, often hilarious effect. Cowards Bend The Knee is one his greatest, but least-known films. Originally conceived of and presented as a peephole show, the film’s ten chapters concoct an alternative cinematic biography for Maddin, torn between the influence of his hockey star father and his attraction to Meta, the beautiful girl from the local beauty salon / illegal abortion clinic.

This is Guy Maddin in purest form, the most concentrated and probably craziest film of his career. Never have hockey, hairdressing, homophobia and hand amputations collided to such dizzying effect, in perhaps the most authentically surrealist film of the 21st century. For Scalarama, Matchbox Cineclub have commissioned Ela Orleans to write a new score.

Ela Orleans has gained an international cult reputation for her haunted, noir-inflected torch songs. She recently came to more mainstream attention when her magnum opus Circles of Upper and Lower Hell was nominated for the SAY Awards. However, the Polish-born musician has a parallel career, scoring film soundtracks having studied composition under David Shire (The Conversation, The Taking of Pelham 123) in New York. She has composed new soundtracks for films as diverse as Frank Borzage’s Lucky Star, Carl Dreyer’s Vampyr and Jack Smith’s Flaming Creatures.

After the screening, journalist Brian Beadie will discuss Ela’s work and approaches to film scoring.

This screening is by arrangement with Guy Maddin and Winnipeg Film Group and is part of Scalarama Glasgow 2017.

Mega Movie Quiz In A Theatre