Towards the end of 2017 we had a meeting in a Kings Cross tapas bar, at the meeting we decided that in 2018 we wanted to get out of London and see what conversations were happening about queer feminism and film across the UK. Almost at the same time, we were fortuitously approached by the Independent Cinema Office (where I also work) about collaborating on a nationwide film tour in 2018. We got to work on exploring ideas for an early blueprint that marked three significant moments for women in the 20th century. Firstly, the year 1918 and one hundred years since the Suffragettes’ stunning campaign to demand the partial vote for women. Secondly, the 50th anniversary of May 1968 and the Women’s Liberation Movement that grew out of that revolutionary moment, and thirdly 1981, the year the Greenham Common Women’s Peace camp in Berkshire was set up, a visionary example of non-violent lesbian and queer feminist peace activism.

With the support of the BFI, awarding funds from The National Lottery, we received funding from the BFI Audience Fund. We launched the tour on 1st May, deciding to include nine films (a mix of documentary and fiction) programmed with as many shorts as we could afford. We took feminist film theorist Laura Mulvey’s idea of montage programming, whereby two films are placed together in juxtaposition to create a new meaning. Spanning a timeframe of 1966-1991, our aim was to counter the mainstream masculinist narrative of May 1968 and to explode some of the mythology around that time. We included films by British and Irish feminist filmmakers including Laura Mulvey, Pat Murphy, Pratibha Parma as well as VALIE EXPORT, Mai Zetterling, Agnes Varda and Chantal Akerman from Europe, Vera Chytilová from the Czech Republic and Greta Schiller from the USA. 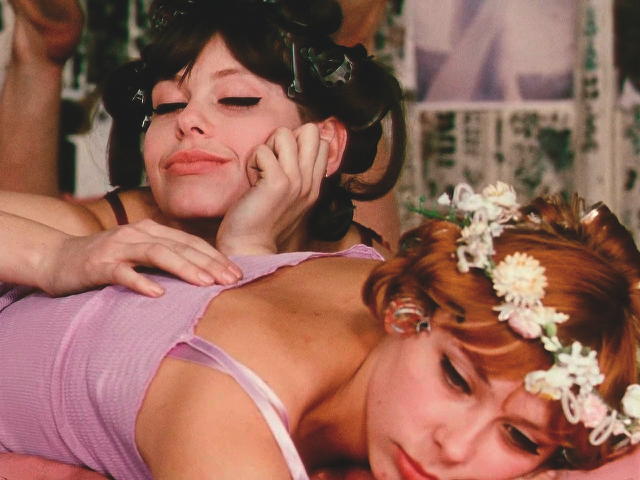 Yes the students took to the streets, the workers joined them and subsequently ten million French citizens went on strike but then what happened and whose history are we referring to? At university I remember reading about the failure of ’68. History tends to get written down and remembered by the loudest voices, and change inevitably happens gradually. A further reflection on the legacy of May ’68 sees movements not a moment and Revolt, She Says set out to explore these queer, feminist and postcolonial movements that developed from that pivotal year, shifting the focus away from Paris to the global intersectional struggles and activisms of the late 20th century. The title for the tour was inspired by the Bulgarian-French philosopher Julia Kristeva’s book ‘Revolt, She Said’ from 2002. Kristeva was living and teaching in Paris at the time, she writes

May ’68 in France expressed a fundamental version of freedom: not freedom to succeed, but freedom to revolt. Political revolutions ultimately betray revolt because they cease to question themselves. Revolt, as I understand it – physic revolt, analytic revolt, artistic revolt, refers to a permanent state to questioning, of transformations, an endless probing of appearances.

Working with the incredibly supportive and always brilliant Independent Cinema Office, we decided to focus our attention on working with six flagship cinemas across the UK to host post screening panels featuring local feminist speakers and activists. As this is a feminist film project, we initially approached venues run by women or had women programmers as part of the team. We are now mid point through flagship screening events with brilliant, inspiring discussions already taken place in Glasgow, Sheffield, Nottingham. 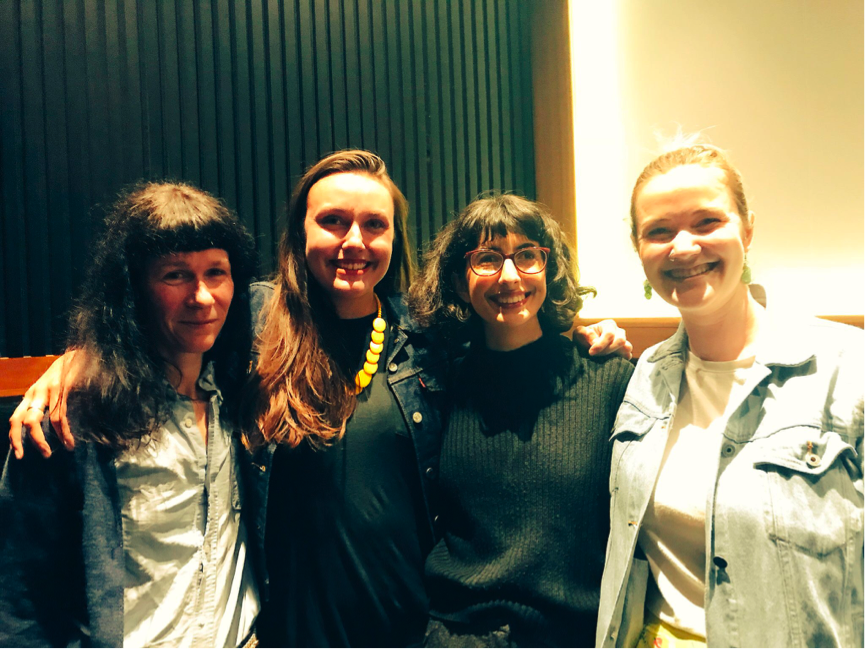 Now as August approaches we are looking forward to visiting Cardiff, Bristol and closing our flagship screenings with the London Feminist Film Festival featuring a screening of Pat Murphy’s 1981 Irish feminist drama Maeve at the Rio cinema in Dalston. 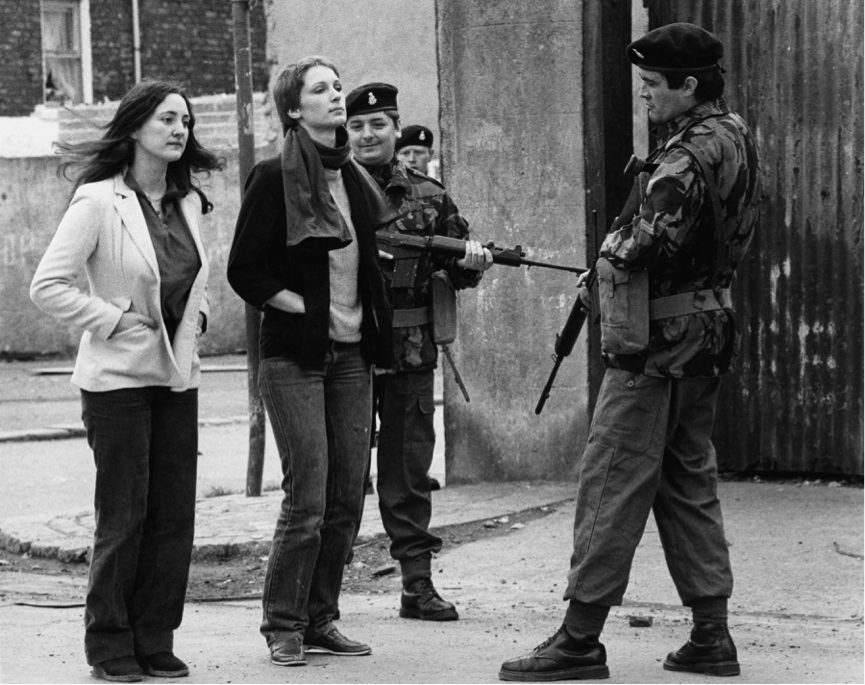 We have also been very active online via Instagram, Twitter and Facebook and off line through regional press and radio and with local intersectional feminist organizations, activists, journalists, film clubs and collectives to build momentum on the tour screenings and discussions as well as sharing contextual information on our filmmakers and their films. We made a special Revolt, She Said zine (which is free to download on our website) with specially commissioned essays by friends des femmes on some of the key films. We also have stickers and postcards too (merchandise matters!) which has been made available at each venue.

To mark the century of Women’s suffrage, Isabel Moir, one of the ICO programmers has been diligently working with regional film archives to find out what material they might hold on early 20th century women’s liberation, as well as the Women’s Movements of the 1970s and 1980s. So far, due to the high costs involved or issues over copyright, it has been hard to access any archive material but we are hoping that we might be able to show some of this precious women’s archive moving image history in August.

The response from cinemas and audiences has been incredible. We have smashed our target bookings with 30 cinemas coming onboard and over 85 screenings confirmed mapping Revolt, She Said across the UK from Belfast to Bo’Ness to Cornwall. We give a special CdF feminist salute to three trailblazing cinemas Eden Court in Inverness, Filmhouse in Edinburgh and Regents Street Cinema in London who taking the entire tour! We have also been invited to bring the tour to San Francisco in 2019. 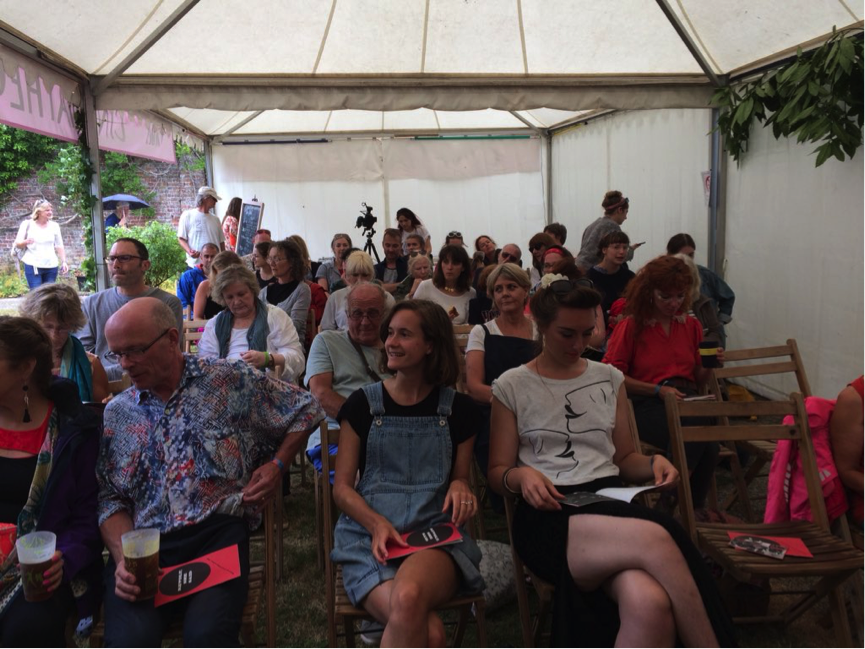 One of the most important aspects of our work on this tour is its legacy for future queer feminist programmers, curators and audiences. There were many films that we would have liked to include but because of issues of rights, materials, preservation or cost it just was not possible. However, we are proud to say that A Place of Rage, Before Stonewall, Carry Greenham Home, Maeve, Riddles of the Sphinx are all now available on DCP in the UK for the very first time thanks to collaborations with distributors Cinenova, Contemporary Films, Peccadillo and the BFI. 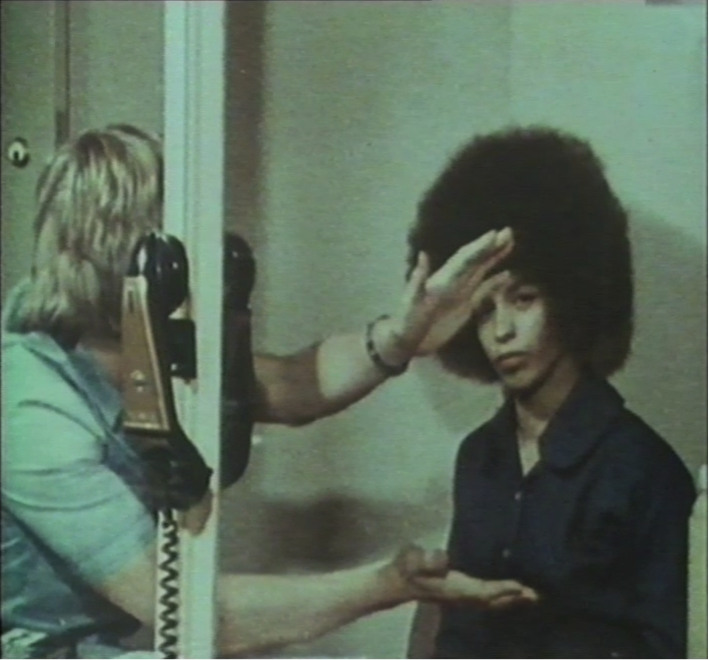 Although we will be very sad to finish the tour on 31st August, we leave with a call to arms for the archiving, restoration, digitization and accessing of radical films by women, especially from the Global South, so that a fuller film history can be achieved.

Renowned queer cinema journal @littlejoemag are back with a new issue!

The limited edition journal is available for £12 via the Little Joe website and selected bookstores: https://www.littlejoemagazine.com/products/little-joe-6