Jobriath A.D. // Scalarama Leeds programme launch The film Jobriath A.D (2012) is Kieran Turner's fascinating documentary about 70s glam rock musician Jobriath. Jobraith is considered to be "the first openly gay rock star" and was dubbed "the American Bowie". He was also, tragically, one of the first rock stars to die of AIDS. He […]

pay as you feel

Dementia came out in 1955 and it’s the first and only film directed by John Parker. It’s a bit like the ’50s Cabinet of Dr. Caligari with female sexual paranoia. It was banned in the UK for 13 years. It’s Boyd Rice’s favourite film and it plays like a proto-David Lynch film! There will be […]

As part of the 2017 Scalarama programme we have banded together with Left Bank Leeds and the Hebden Bridge Picture House to present three stunning examples of the City Symphony genre; Man with a Movie Camera (23rd September at Hebden Bridge), Alex Barrett’s brand new London Symphony (28th September at Left Bank) and for our […]

Film Fringe pay tribute to on-screen bad boy Bill Paxton with a 30th anniversary screening of Kathryn Bigelow's stylish and sexy horror Western Near Dark, one of the coolest vampire movies ever made. In what is now regarded as a classic of the vampire genre, a young man joins a traveling group of vampires. These […]

Rare screening of the 4K restoration of Karel Zeman's imaginative masterwork. Tickets are £5 on the door. It's very much a kid friendly film and it will be disappointing to not to have a few kids there. Kids get in free with a paying guardian. Often described as the ‘Czech Méliès’, visionary filmmaker Karel Zeman […]

A feature-length documentary about socialist, trade unionist and Labour politician Dennis Skinner by production company Shut Out The Light. Raised alongside nine siblings within a mining village, Dennis has fought for the rights of the working class for over 50-years. Uncompromising in his views and with a set of incorruptible principles, Dennis is respected and feared […]

Director Bill Forsyth (That Sinking Feeling, Gregory’s Girl, Local Hero, Comfort and Joy) made his American film debut with this moving and offbeat adaptation of Marilynne Robinson’s acclaimed novel, about two young girls who are sent to live with their eccentric aunt (Christine Lahti). Part of a She's A Rebel mini-season for Scalarama, looking at […]

Commissioned to commemorate the tenth anniversary of the October Revolution, The End of St Petersburg secured Vsevolod Pudovkin's place as one of the foremost Soviet film directors. His sophisticated analysis of the Revolution sits within a brilliant and dramatic reconstruction of the major events. Paul Robinson’s compelling score has overt Russian leanings with the shadow […]

A chance to revisit Paul Thomas Anderson’s delirious Californian stoner-romp, featuring some tip-top performances from the likes of Joaquin Phoenix and Josh Brolin, alongside a superb soundtrack by regular Anderson collaborator Jonny Greenwood. For this special Scalarama screening, Dr. Joe Saunders (University of Leeds) will be joined by Dr. Alan O’Leary (University of Leeds). Alan will […]

Sandrine Bonnaire won the Best Actress César for her portrayal of the defiant young drifter Mona in Agnès Varda's Vagabond. Found frozen to death in a ditch at the beginning of the film, Mona’s story is pieced together through flashbacks told by those who encountered her (played by a largely non-professional cast), producing a splintered […]

Trump won the election so why not revisit Roger Corman's searing condemnation of racism The Intruder. William Shatner plays a white suited charlatan who comes down to a southern town to stir up racial hatred when they decide to segregate the schools. £3 entry on the night You must be a member or guest of […]

Good Vibrations is a 2013 biopic of Terri Hooley, and details one man’s passion for music. Hooley opened Good Vibrations record shop during the times of The Troubles in 1970s Belfast. Hooley faced a lot of highs and some lows and this film follows his adventures in music and shows how music can create a […] 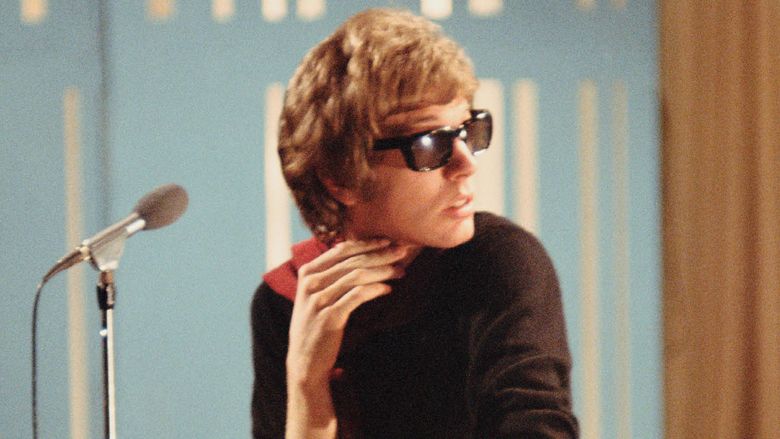 A documentary on the music and career of the influential musician Scott Walker. Scott Walker first became famous in the 1960s, as lead singer of the pop trio The Walker Brothers. The film follows his musical and personal journey into his later career as solo artist, avant garde composer and more recently, record producer. Artists he has […]

Could it be that the city symphony film genre is making a comeback? City symphonies originally became popular in the silent era, when the ‘rules’ of filmmaking were still being discovered. Films like Études sur Paris (1928) and Berlin: Symphony of a Great City (1927) offer fascinating glimpses of the times and fashions in Europe’s […]

Why 1968? 1968 was a year that practically ripped up American culture - Martin Luther King and Bobby Kennedy were assassinated within days of each other, Andy Warhol was shot by a radical feminist and Star Trek shocked the world with American television's first interracial kiss. Young men forcibly recruited for the Vietnam war burned […]

The record label Chemikal Underground was created by members of The Delgados and was at the centre of the thriving music scene in Glasgow in the mid-90s. Lost in France goes on a journey with Alex Kapranos (Franz Ferdinand), Stuart Braithwaite (Mogwai), R.M. Hubbert, Stewart Henderson, Emma Pollock and Paul Savage (The Delgados) as they […]

Our monthly Oxfam Quiz Night at Headingley Enterprise and Arts Centre, Leeds is given over in September to a special Scalarama film & cinema themed quiz and prize raffle. Only £1 per team member. Maximum of 5 people per team. All proceeds go to Oxfam. 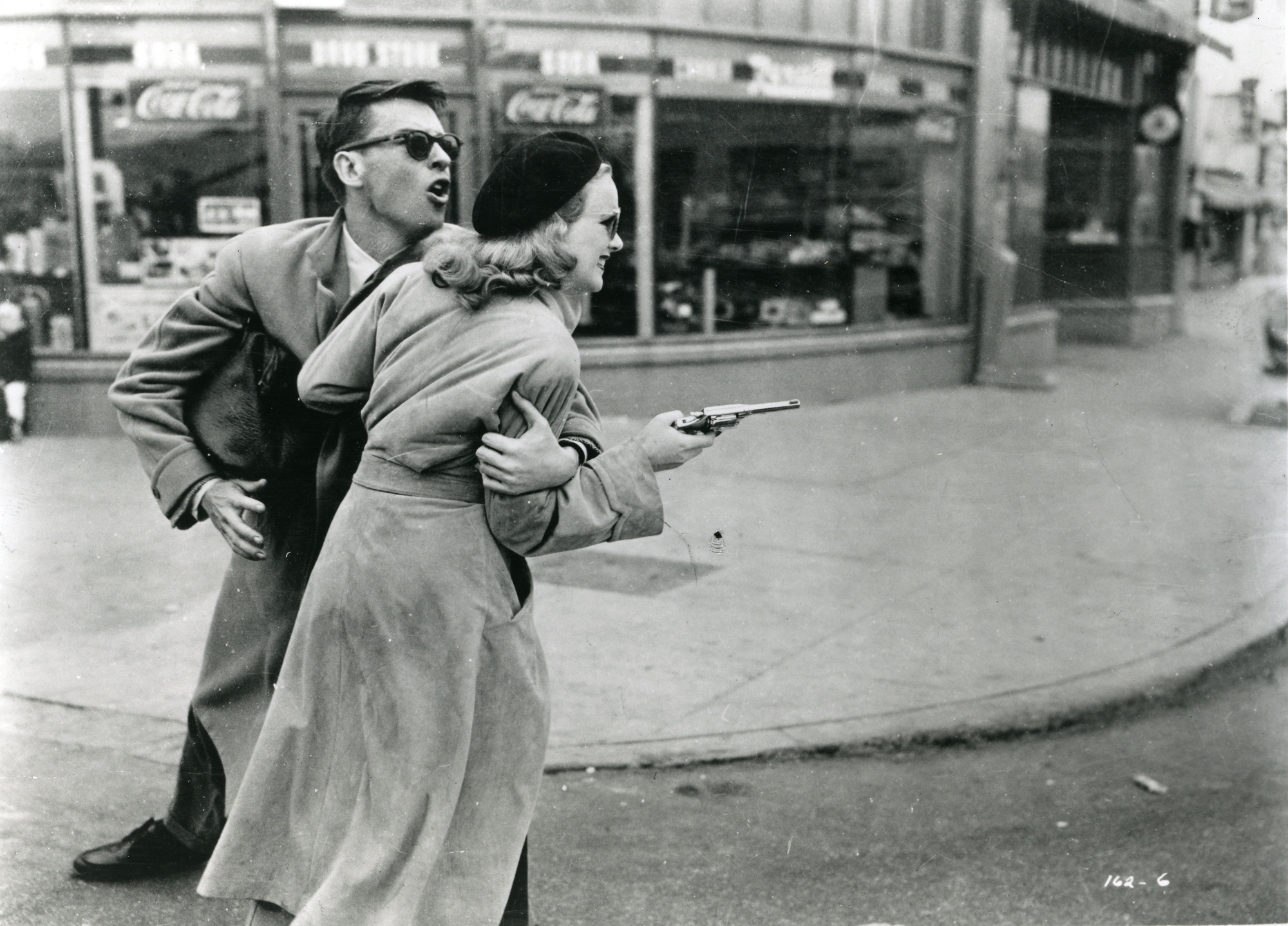 Commencing Scalarama Leeds 2019 is a deadly double bill of B-movies. Taking us into the early hours of September 1st is a film noir pairing featuring two of cinema’s most iconic and unforgettable femme fatales, anti-heroines played with delicious deviance by Ann Savage (Detour) and Peggy Cummings (Gun Crazy). Both films transcended the boundaries of […]

We kick off Scalarama Leeds 2019 with a deadly double bill of B-movies. A film noir pairing that features two of cinema’s most iconic and unforgettable femme fatales, anti-heroines played with delicious deviance by Ann Savage (Detour) and Peggy Cummings (Gun Crazy). Both films transcended the boundaries of the B-picture to become cult masterpieces. With […] 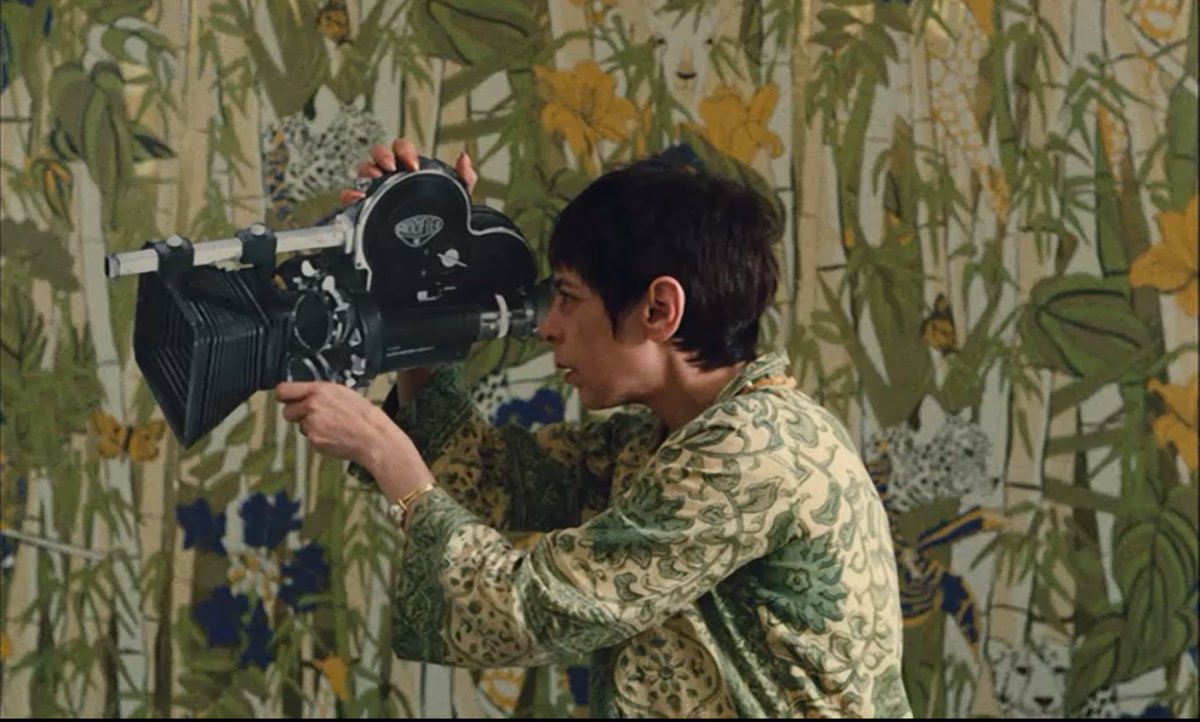 Agnès Varda brings New York counterculture to Los Angeles. In a rented house in the sun-soaked Hollywood Hills, a woman and two men, Viva, of Warhol Factory fame, and James Rado and Gerome Ragni, who created and starred in the rock musical “Hair,” delight in one another's bodies while musing on love, stardom, and politics. […]

Scalarama Festival 2019 presents a rare screening of neo-noir thriller Cutter’s Way (1981). Inexcusably under-promoted by it’s studio at the time and almost forgotten, Cutter’s Way is a late masterpiece of post-Vietnam Reagan era paranoia. After witnessing a corpse being dumped in a back alley in Santa Barbara, Richard Bone (Jeff Bridges), with his veteran […]

On Sunday 15th September at 6.30, at Wharf Chambers, a free film screening part of Scalarama Leeds programme. The film chosen this time is Addam's Apples (Anders Thomas Jensen ,Denmark, 2005). Synopsis: Adam, a neo-Nazi, is sent on community service to a vicarage. Here, the minister Ivan gives Adam the task of baking an apple […]

Come take a walk with us around Leeds city centre as we go in search of former cinemas that are 'hiding in plain sight'. For Scalarama this year we thought we'd like to try out something new, so we arranged a guided tour to show film fans where some of our iconic cinema history can […] 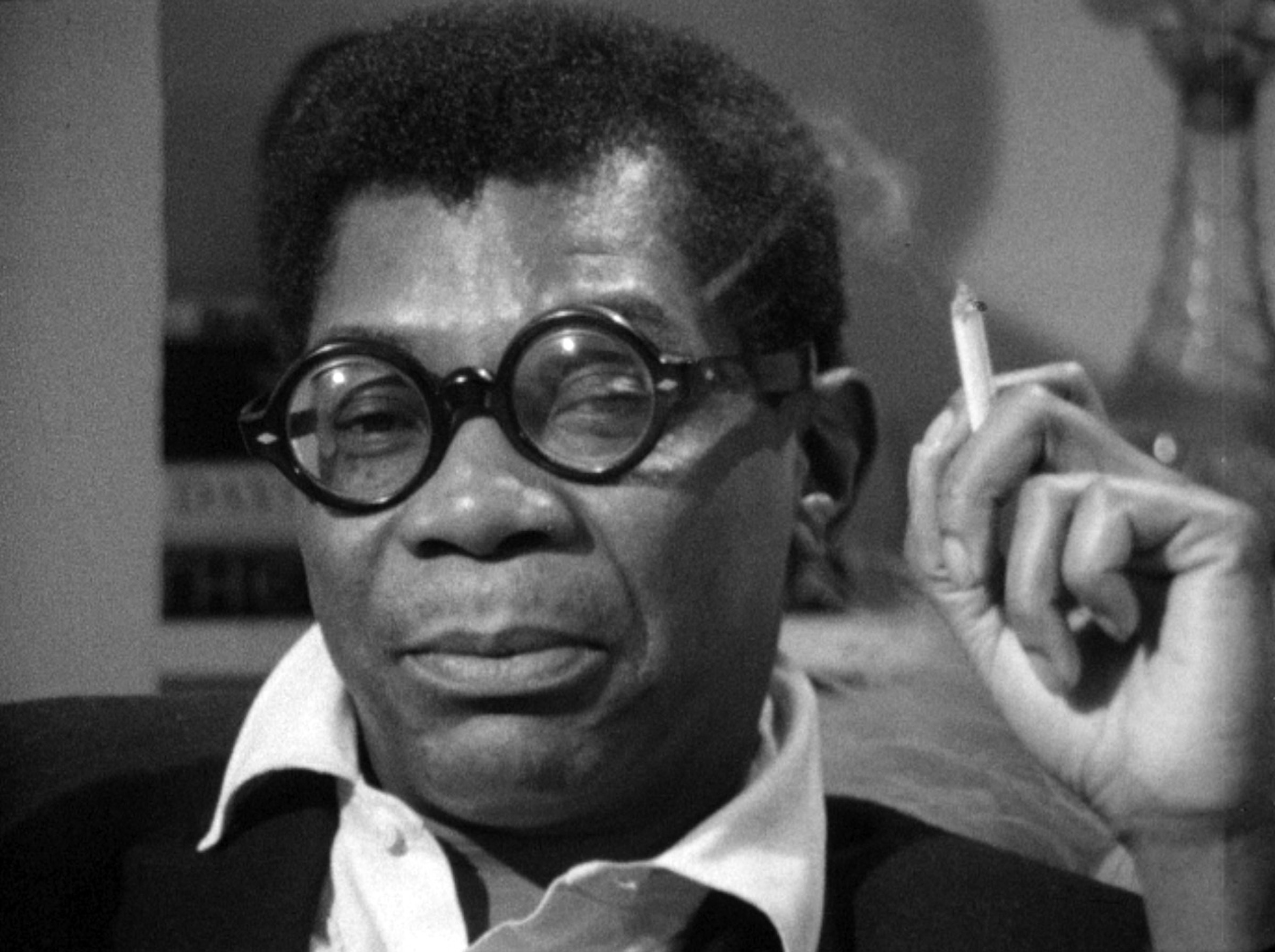 On the night of December 2, 1966, Shirley Clarke and a tiny crew convened in her apartment at the Hotel Chelsea to make a film. There, for twelve straight hours they filmed the inimitable Jason Holliday as he spun tales, sang, donned costumes and reminisced about his experiences as a gay hustler, sometime houseboy and […]

On ocassion of the European Day of Languages 2019 on 26th September, the Instituto Cervantes in Leeds celebrates a free film screening of the French-Spanish production Pot Luck (L'auberge espagnole, Cédric Klapisch, 2002). Xavier is a 27-year-old Parisian who decides to go to Barcelona for the last year of his university studies in economic sciences. […]

As part of Scalarama film festival, Girl Gang Leeds presents a screening of Crystal Moselle's 'Skate Kitchen' (2018) followed by an (optional!) skateboarding workshop. The event aims to spotlight the representation of women and people of marginalised genders in skateboarding - so whether you’re a skating pro or simply have a passing interest, this event […]

Chapel FM Arts Centre is proud to be able to bring the classical Yorkshire film Kes to "the big screen" in East Leeds. Following the screening, audiences are welcome to join a lively discussion about the film for radio broadcast with the young people who produce our podcast and radio show "Red Kite".

Grab a drink, relax and watch the cult film behind the meme. Find out why Troll 2 is famous for being one of the best bad films ever made. Surreal dialogue, terrible performances and a bizarre plot are all reasons that Troll 2 is hailed today as a camp cult classic, spawning annual watch parties, […]

Pay What You Can
Scroll to top
Accessibility by WAH