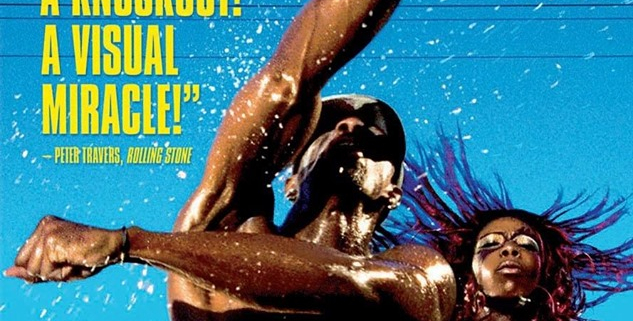 About the Film
This film chronicles the extraordinary resilience and creativity of the residents of South Central Los Angeles. It is a love letter to the creators of the Krump dance style from David La Chapelle who wanted to record and show respect to a group he recognised as fellow artists. It centres on dance and those who dance to keep themselves safe.

Why was it chosen for the series?
Aleasha says: This is a film that demonstrates that our need to dance is a need. It shows youth culture, community and art in a way that shows what is essential. Come and dance and sing and Rize.”

About the location
Screenings are in the Engine Room on platform one. Doors open 6pm, film starts promptly at 7pm. There is a wheelchair accessible entrance but please let us know if you have any questions about access.

In an age of intolerance, in which we seem to have forgotten the skills needed to live with people who are different from us, this film series is an opportunity to relearn them. Each screening will be accompanied by conversation and a little food. We will also be bringing relevant guest speakers who can offer some context for each film.

Let’s Humanise each other.

This project is supported by Film Hub North, proud to be part of the BFI Film Audience Network.

With thanks to the support of Metal as part of their Time and Space residency programme.

Made with support from Arts Council England.